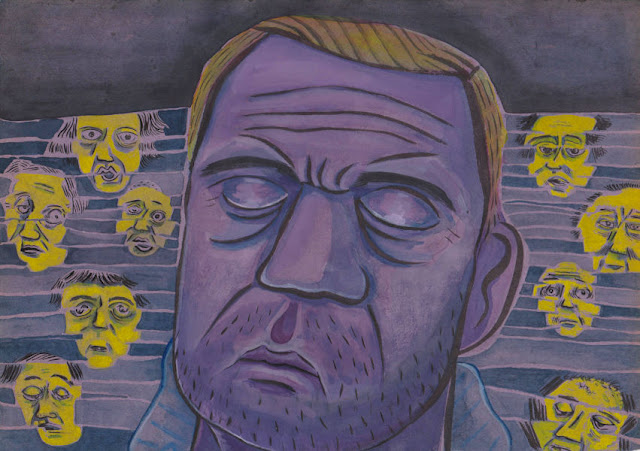 Fred Allen, a former member of the tied-down team who used to strap the condemned to the gurney, had a break down after 125 executions. 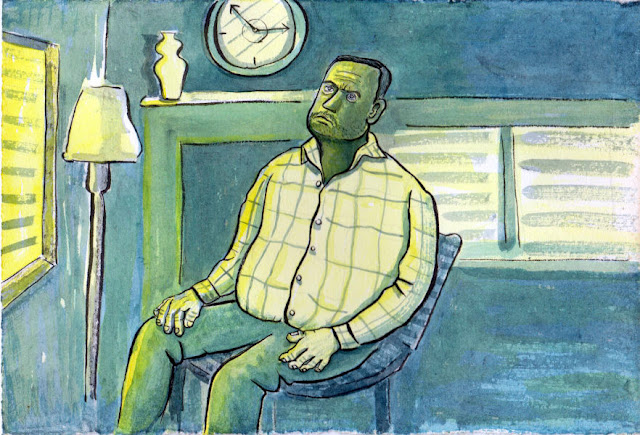 Helping to kill people was too much for him. He quit his job and lost his pension. 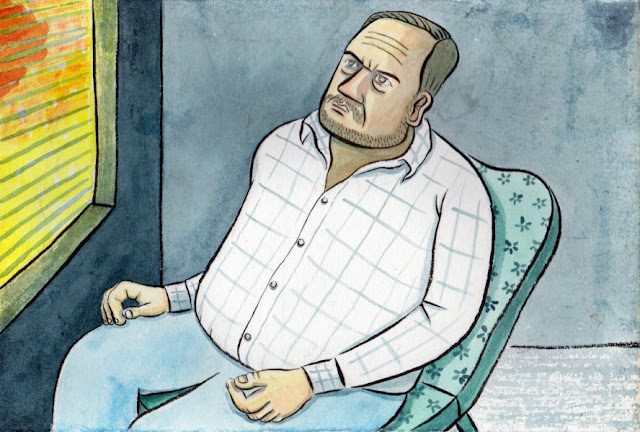 But he didn't care, he wanted to live his "dash". 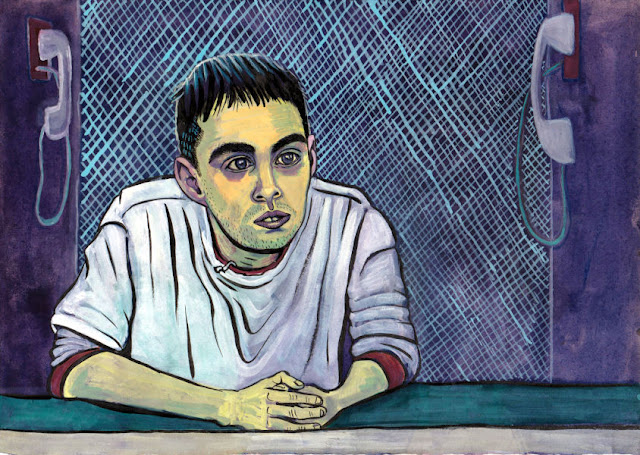 The "dash" is the space between the day you're born to the time you die. This is a portrait of Michael Perry, one of the 2 men convicted of a triple homicide in Conroe, Texas. He was executed on the 1st of July, 2010. His was born on the 9 April, 1982. His "dash" was a short and sad one. I am not sure if that was how he wanted to live his "dash". I don't think anyone would. 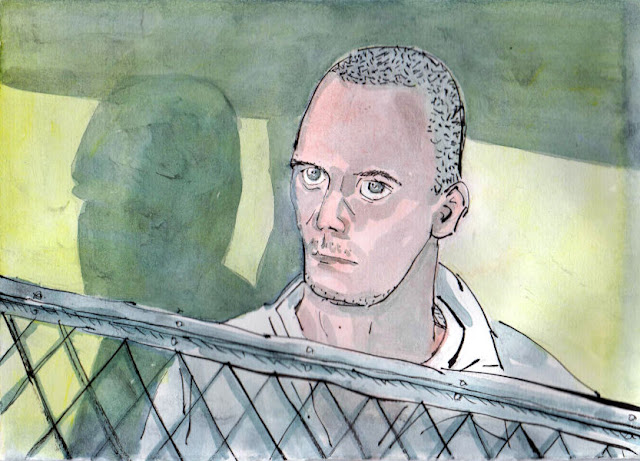 This is a portrait of Jason Burkett, the other man convicted of the crime. He escaped the death sentence. 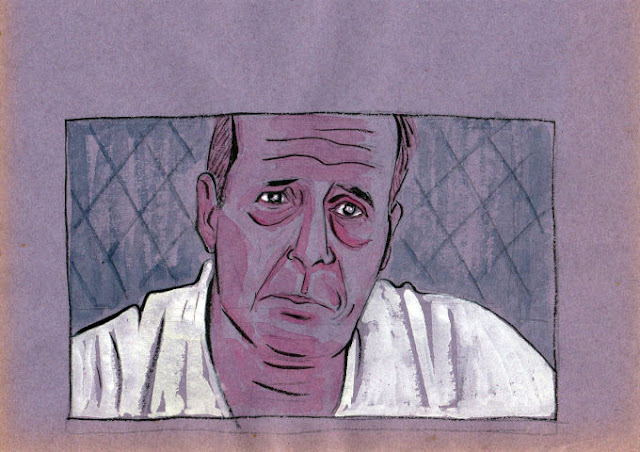 His father, who was also in prison, appeared in the sentencing hearings to tell the jury what a tragic family life his son had since he was born. This spared Jason Burkett the death sentence. In the film there was a part where Delbert Burkett talked about the day when he knew that Michael Perry was going to be executed. He was beyond sad. When he talked about it, the emotions that came out moved me greatly. 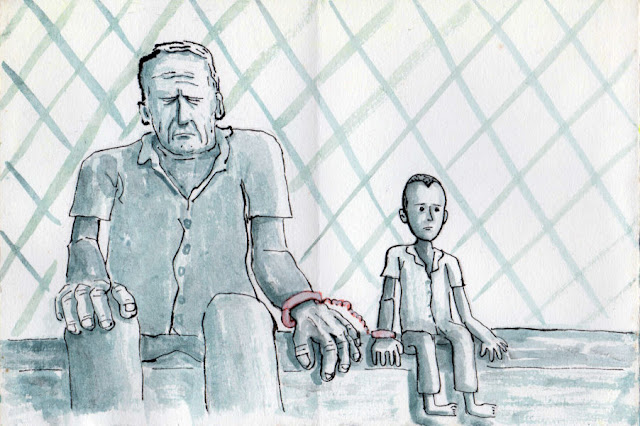 The other part that got me was when he talked about being handcuffed with his son in a police van. He said he felt like a total failure being chained with his son like that, side by side. I felt a lot for him. 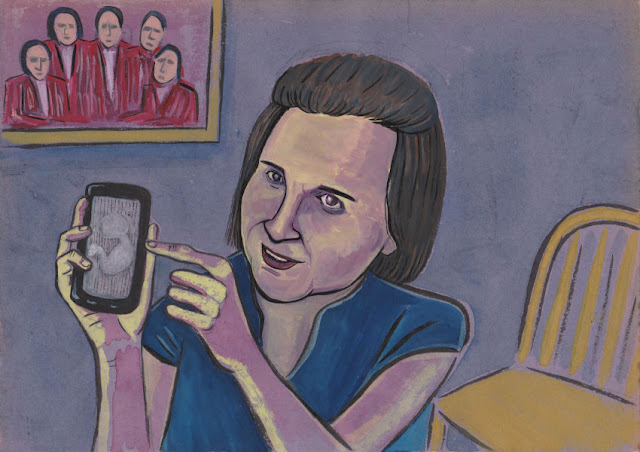 There is a strange character in the film. She is the wife of Jason Burkett, who worked in the support group for Jason Burkett after his conviction. She married him in the prison, over a phone and separated by a bulletproof wall of glass. She got pregnant by Burkett in a mysterious way, hinting that it was through smuggled "contraband" from him. Here she is showing her foetus from her phone.

If you have not watched this documentary film by Herzog, please do. It will make you think about life and death and capital punishment. It had an impact on me, and made me think about what I am doing with my own life.
on October 21, 2019

Email ThisBlogThis!Share to TwitterShare to FacebookShare to Pinterest
Labels: paintings

Joo
Welcome to Gugu and Gorilla. My name is Joo.This is a blog where I share my original art, crochets and music.